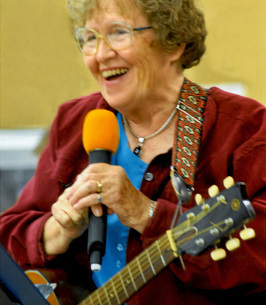 Carolyn Hensley Jett of Heathsville, Virginia, passed away peacefully on Sunday morning, June 12th, 2022, at the age of 89 years old. She is preceded in death by her husband, Phillip Lee Jett and her parents, Chester M. Hensley and Ora Lee (Gay) Hensley and her youngest brother, Lynn Hensley and her great grandchild, Hanna May Jett.

Carolyn is survived by her son, Ronald (Ronnie) Lee Jett, his wife, Louise, her grandsons, Nathan and Devin Jett, her granddaughter-in-law, Sara, and her great grandchild, Noah Parks. She is also survived by 3 siblings, her sister, Helen DiPaolo, and two brothers, Marion Gay Hensley and Steve Hensley.

She was proud to be a coal miner’s daughter! She was born pn November 10, 1932 in Blue Diamond, KY. Her parents made sure her humble circumstances would never hold her back. Carolyn attended the Stuart Robinson Boarding School, studied folk dance, then moved to Leatherwood where she worked as a “Soda Jerk” at the local drugstore. She was a cheerleader at Leatherwood High School and graduated Valedictorian. She moved to Dayton Ohio where she worked as a Copy Writer for the Dayton Daily News. Carolyn met Phillip Jett at a dance at the NCO Club at Wright Patterson Air Force Base and they were married in 1954. She gave birth to their one and only son, Ronnie, in 1955.

In 1957, the Jett’s moved to District Heights, Maryland, a suburb near Washington D.C. where Phillip worked as a mechanic on Air Force One at Andrews Air Force Base. Carolyn attended Prince George’s Community College. She taught a first grade class at North Forestville Elementary School in 1964 and 1965, and was also a private tutor. In addition to painting, quilting, crocheting, and baking, she also joined a bowling league and became a member of the choir at Parkway Baptist Church. At Parkway she also co-wrote and performed skits and comedy sketches for church socials.

In 1976, Carolyn and Phillip moved to Heathsville, in the Northern Neck of Virginia, where Phillip was born and raised. There, she joined Fairfields United Methodist Church in Burgess, where she became the Choir Director, a position she would hold for over 40 years. She was a member of the Red Hat Society, as was her mom, and became a Lay Minister. Carolyn started the Festival Hall Choir in Reedville and was also a supporter of Galilee Methodist Church in Burgess. When Fairfields Church was destroyed by fire in 1992, she was instrumental in helping to rebuild the church back to what it is today.

Carolyn was also a local historian and genealogist with more than 40 years of experience. Researching the history and genealogy of the area, Carolyn has regularly contributed articles to local periodicals and written several books including Lancaster County, Where the River Meets the Bay and Heathsville, Yesterday & Today. Many of her years volunteering at the Mary Ball Washington Museum and Library have been spent as chairman or co-chairman of the Library Committee, teaching several genealogy classes, helping countless patrons in the library, and giving numerous lectures for the community. Carolyn was the project director for the Lancaster County Estate Records project which resulted in a searchable database of more than 3000 named slaves and was one of the first published slave indexes in the state. She also recently provided research assistance to the producers of the PBS television series Finding Your Roots. Carolyn also served the maximum term of 9 years on the Board of Directors and 3 years as President, and was the founder of the Lifetime Membership category.

In December 2015, Carolyn was awarded the prestigious “Women in American History” national certificate by the Cobbs Hall Chapter of Daughters of the American Revolution for her contributions for promoting and preserving American history. She was also inducted as a new DAR member.

Those close to her were truly blessed to have such a nurturing and loving mother, grandmother, sister, aunt, in-law, mentor, teacher, colleague, and a dear friend. She too was blessed with strong Christian roots, a loving family and loyal friends who loved and admired her dearly and have supported her to the very end. May her memory be a blessing to all.

In lieu of flowers, donations can be made to Fairfields United Methodist Church, PO Box 579, Burgess, VA 22432, as well as Lancaster Virginia Historical Society, PO Box 97, Lancaster VA 22503 – where funds would be dedicated to the New History and Genealogy Research Library Capital Campaign, a cause dear to her heart.

A celebration of life for Carolyn Jett will be held Thursday at 4pm at Fairfields United Methodist Church in Burgess.