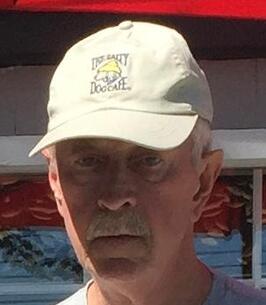 David Carl Bresett, 75, of Irvington, died suddenly on February 15, 2022 at Regional Memorial Hospital in Richmond. David was well-known for his kind nature and dry wit. David is survived by the love of his life of 47 years, Christine (“Chris”) Carter Bresett and his constant canine companion, Mary.

David was born on January 25, 1947, in Ogdensburg, NY, to Carlton E. Bresett and Mary Fournier Bresett. David was the oldest of four children and is survived by Don E. Bresett (Patricia) of Valrico, FL, and their children, Amanda and Jared; Carolyn Bresett Thew (Spencer) of South Colton, NY, and her daughter, Nicole Avila Stein; and Terry William Bresett (Sandra) of Ogdensburg, NY, and their children, Beth Ann and Benjamin.

A Vietnam veteran, David served in the Army for three years, including 18 months in Vietnam and 18 months at Ft. Belvoir. Following his military service, David earned his undergraduate degree from State University of New York at Buffalo and his Master’s Degree in Criminal Justice at Central Missouri State University.

A twenty-five year veteran of the United States Secret Service, David began his career in 1972. His postings included Independence, MO, where he was assigned to guard Bess Truman; Newark, NJ; New York City, NY; and Washington, DC. David was an expert in the areas of executive protection and technical security programs with extensive field experience managing and conducting complex investigations, both in the United States and abroad.

From 1988 through 1992, David was seconded to the Central Intelligence Agency where he directed the intelligence inquiry that led to the identification of those responsible for the bombing of Pan Am Flight 103. He was awarded the CIA’s highest civilian award - the “Exceptional Performance Award for Superior Accomplishment and Valuable Service” - and the coveted “Intelligence Commendation Medal” for the leadership role he played in the Pan Am Flight 103 investigation.

With many career recognitions and accolades for outstanding contributions, David retired from the U.S. Secret Service in January 1997 as the Chief of the Service’s Foreign Intelligence and Counterterrorism Branch.

Following his retirement from the Secret Service, David was Senior Vice President at Clearwater Security International in Easton, MD, where his experience and talents were instrumental for accomplishing the firm’s national security missions and goals.

In 1998, David co-authored a research paper, entitled “The Terrorist Threat in America,” that was published by the Chemical Manufacturers Association. A recognized national security and terrorism expert, David was quoted in the US News and World Report, USA Today, Newsweek Magazine, and several other periodicals. His TV appearances as a commentator on both domestic and international terrorism included the NBC Evening News, CNN, and The News Hour with Jim Lehrer.

David and Chris, who were married in Buckingham County, VA in 1975, began their Northern Neck experience in 1990, when they purchased a “second home” at Merry Point and moved to Irvington in 2013.

Throughout his life, David enjoyed the great outdoors. An avid sailor, David especially enjoyed manning the helm of his Tartan 37. He enthusiastically participated in sailing activities as a member of the Yankee Point Yacht Club, Rappahannock River Yacht Club (where he served as Rear Commodore) and the Indian Creek Yacht and Country Club Sailing Association. In addition to sailing, cycling and running were favorite outdoor pursuits for many years. David was also very devoted to his dogs-Wally and Woody (both now departed) and his Irvington “walking buddy,” Mary. David and Mary were well known in Irvington, where they shared time together, visiting downtown Irvington, the park, the post office and other local points of interest. Their outdoor adventures were typically rewarded by shared hot dogs procured from White Stone’s River Market.

Truly a “Renaissance Man,” David was fascinated by genealogy research, as attested by his service as President of the local chapter of the Sons of the American Revolution. Another favored pursuit was music. David was an accomplished guitarist, specializing in folk music and sea chanties.

Graveside services will be held 1:00 p. m. Saturday, March 26, 2022 at Historic Christ Church Burying Grounds in Weems. In lieu of flowers, memorial contributions to The Animal Welfare League, the Northern Neck Partners for Pets or the Northern Neck Free Health Clinic are suggested.