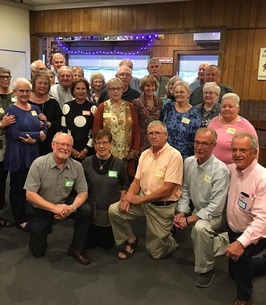 Dr. Steven Frederick Glessner, 71, of White Stone, Virginia passed away on Saturday, June 18, 2022. Born August 16, 1951 in Wilmington, Delaware, his family moved to Warsaw, Virginia in 1954. He earned his Eagle Scout award in 1968 and graduated from Rappahannock High School as Class Valedictorian in 1969. He then earned his Bachelor of Science in Biology with High Honors from The College of William and Mary in 1973.
He earned his Doctor of Medicine from University of Virginia in 1977 and completed his post-graduate training and residency in Internal Medicine, at Portsmouth Naval Hospital, where he also served as Chief Medical Resident.
His began his medical career serving his country in the United States Navy as a Battalion Surgeon in Okinawa, Japan in August 1978-September 1979. He received a Letter of Commendation from the Commanding General of the Third Marine Division. Upon returning to the United States, he served at Beaufort Naval Hospital from October 1982 – September 1984, where he was Director of the Intensive Care Unit. He received a Navy Commendation Medal in September 1984, and transferred to Portsmouth Naval Hospital in October 1984 and served until December 1986. During this time he received The General Internal Medicine Residency Teacher of the Year award in 1986.
After his successful career in the Navy, he joined the medical staff at Rappahannock General Hospital in 1987.
Joining Bay Internists in 1989, he devoted much of his time to his patients and formed many lifelong relationships. During this time, he also volunteered for the Northern Neck Free Health Clinic. On August 1, 2017, he retired from practicing medicine.
Steve was a dedicated, kind, compassionate physician and friend to anyone in need. He always took the time to visit and share stories of his adventures. He was active in his church, Kilmarnock United Methodist. He truly appreciated the relationships that he formed throughout his life.
Relationships with both people and animals as one of his first volunteer activities after retirement was to become certified in wild animal transport, volunteering thru the Wild Life Center in Stanton, Virginia. His interest in meeting new people, led him to become a greeter for Christ Church School
He was also a dedicated member of the Extra Milers Club. He had visited 2,323 of the 3,140 counties in the United States, coloring in his map after returning from each trip.
He was elected in May 2022 as the Lancaster County Republican Committee Chair, and has served on the Lancaster County Board of Elections.
He is survived by a dear friend Virginia L. Schuster of Reedville, Virginia and cousins, Dr. Carol Glessner, Alice Moon, William Glessner, Catherine Graham and Susan Glessner. He was preceded in death by his parents Albert C. & Mary L. Glessner and a sister Becky.
Visitation will be on Thursday June 23, 2022 from 5:00 – 7:00pm at Currie Funeral Home in Kilmarnock, Va. Funeral services will be held at 2:00pm on Friday June 24, 2022 at Warsaw United Methodist Church in Warsaw, Va. Interment and reception will follow the service at Warsaw Methodist Church.
In lieu of flowers, contributions may be made to Warsaw United Methodist Church, P. O. Box 291, Warsaw, VA 22572 or Kilmarnock United Methodist Church, P. O. Box 2095, Kilmarnock, VA 22482.