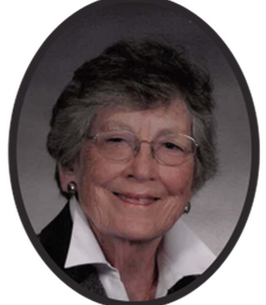 Warren, Elizabeth Lemond Machen Maxwell, 93, of Ditchley, Virginia died peacefully in her home on May 9, 2022 of natural causes. She was a gracious lady to all who knew her, spent her life devoted to and was loved by her family, and was particularly interested in pursuing study of her faith.

She grew up in Mobjack, VA, was a graduate of Mary Baldwin College with degrees in English and Psychology, then pursued a Masters at William and Mary College. She was active on vestries at St. Mary’s Episcopal Church Fleeton and then was also very active at Grace Episcopal Church, Kilmarnock, attending as Delegate at Diocesan Convention meetings. She served as President of Region 2 of the Episcopal church in the Northern Neck. Having spent over 30 years patrolling in the Coast Guard Auxiliary Flotilla 66 in Mathews County and Flotilla 33 in Lancaster County, she held many positions including Flotilla Commander and was known as “The Voice on the Bay”. She was instrumental in educating the community on boater safety and inspecting boats at various docks. She taught elementary school for over ten years and then continued to tutor children in reading and math at Lancaster Elementary School.

Elizabeth stayed involved with book and study groups for most of her life. She was an avid gardener, always interested in adding more plants, especially daffodils and day lilies; her favorite trip was visiting Brent and Becky’s Bulbs in Gloucester whenever possible. She volunteered for years in the office at Grace Church and at Historic Christ Church. She was involved with supporting and making spiritual retreats at Richmond Hill, in Richmond, Virginia, and was also active on teams for Cursillo in Central VA.