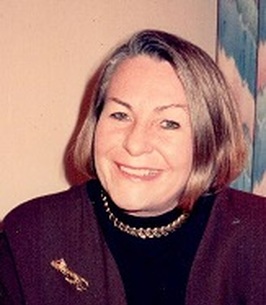 White Stone - Jacqueline Ann Jensen “Jackie” of White Stone, Virginia, died peacefully in her sleep on Sunday, August 7, 2022. She was preceded in death by her husband George Jensen in 2016 and her brother Peter Lord in 1997.

Jackie was born in Ashton-under-Lyne, Lancashire, England on October 2, 1939 to Cyril and Bessie Greenwood Lord. Growing up Jackie attended schools in Northern Ireland, England and Switzerland and traveled extensively throughout Europe. In 1958, Jackie moved to La Jolla, California where she met and later married her husband George of 57 years.

While living in La Jolla, Jackie became an American citizen. She was a patriotic American and became involved in both local and national politics. Her other interests included sailing, fishing, traveling, music, entertaining and spending time with her family.

Jackie is survived by her daughters Margot Yost (Skip) and Sally Miller (Bob); her sister Margot McDade (Dan); her brother Richard Lord (Dorothé); and her four beloved grandchildren, Katie Yost, Charlie Webb (Jackie), T.J. Webb and Bill Yost; as well as her many nieces and nephews.

Jackie’s service will be private. She will be interred in the Memorial Garden at Grace Episcopal Church alongside her husband and her mother. Charitable contributions in remembrance of Jackie may be made to The Animal Welfare League of the Northern Neck, P.O. Box 975 White Stone, Virginia 22578.