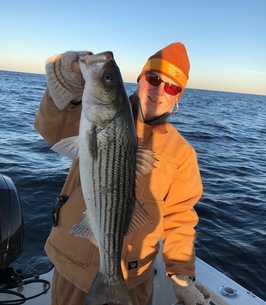 James V. (Jim) Bullard, 77, of Lottsburg passed away peacefully at home on May 13, 2022. He leaves behind his wife, the love of his life, Dee David; his children Jeff Bullard (Regine) and Abigail Forbes (Shane) of New Jersey, Kathryn Truesdale (Andrew) of North Carolina, and his step daughter Hanne David Jolley (Grady) of South Dakota; his granddaughters Emma, Lily, Blake, and Ava; a sister, Leonore Wiltse (Lee), of New York and a brother, Truman Bullard (Beth), of Pennsylvania. As well as many nephews and cousins far and wide and dear lifelong friends and neighbors.

Born in Rochester, New York, where his father, Charles F. Bullard, worked for Kodak, he attended The Harley School, where his mother, Melanie T. Bullard, was on the teaching faculty. As a young student he excelled in soccer and downhill skiing. He spent the summers of his youth at the family cottage on Seneca Point, Canandaigua Lake, and it was here he developed his lifelong love of fishing and boating. Jim graduated from Harley in 1962, and pursued his bachelor’s degree at Denison University, graduating with a BA in English Literature in 1966. He joined the Peace Corps and spent three years teaching English and living skills in the village of Anse la Raye in St. Lucia, Virgin Islands. When he ended his assignment there, he was hired as a recruiter for the Peace Corps in their Boston office, then relocating to Washington D.C. After ten years at the Congressional Quarterly magazine, he joined National Geographic where he worked until his retirement 27 years later. His career there culminated as the Director of Expeditions working closely with photographers and explorers from around the world and leveraging his immense curiosity to create unforgettable expeditions for thousands of travelers.

Moving full time to the Northern Neck in 2011, he relished becoming a part of the community and served on the St. Stephens Episcopal Church vestry as Junior Warden, as a Board Member for the YMCA of Northumberland and for the Northumberland County Library. He spent ten years active with the Smith Point Sea Rescue where was a Vice-President and a captain. It was Jim who wrote the Sea Rescue Mission Reports using his skills as a copy writer and editor, which appeared in this paper, and participated in close to a hundred rescues.

In lieu of flowers, donations may be made to the Smith Point Sea Rescue or St. Stephens Episcopal Church of Heathsville. Services to be held 10:30 a. m. Saturday, June 11, 2022 at St. Stephens Church.