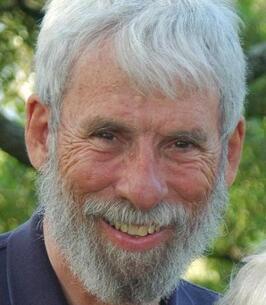 Thomas Edwin Edwards Jr., 82, died peacefully at his home in Kilmarnock, VA on May 19, 2022.
Tom was a man of strong faith, served as an elder at both Fairfax and Fredericksburg Presbyterian Churches, and held leadership roles at Grace Episcopal Church in Kilmarnock. Embracing servant leadership, he (and Sally) participated in mission trips and supported refuge families' transition to life in the US. Friends and loved ones describe Tom as a prince of a fellow, a country gentleman, and a role model who was thoughtful and compassionate.
Born on November 9, 1939 in Greenville, SC, Tom was the only child of Thomas Edwin Edwards, Sr. and Sarah Moore Edwards. He was a graduate of Berea HS in Greenville and Clemson University. Commissioned in 1961, Tom was a US Navy veteran who served on the USS F. D. Roosevelt, and in the US Navy Reserves until 1977, achieving the rank of Lieutenant Commander. Upon leaving active duty, he embarked on a career of Federal civil service with the Department of the Navy. He worked in various financial management positions as a Budget Analyst at the Pentagon. He then served as Comptroller at the Naval Space Command in Dahlgren, VA until retirement in 1994.
A modest, generous soul, Tom enjoyed sharing an active lifestyle. He loved traveling with Sally, was proactive in his community, enthusiastically attended cultural, social, and sporting events and was ever ready for quality time on the links with golfing partners.
At age 14, he and his father built a boat together. This launched a love for the water that spanned the rest of his life. He became a proficient water skier early on and shared his expertise as an instructor for youth at a local camp. As an avid boater, he enjoyed time on the water with friends and family, fishing and sailing. But he especially loved cruising the Chesapeake on his trawler "New Reality" with his grandkids.
He was a devoted husband and best friend of Sally for 57 years; Father of Elizabeth White (James), Emily Van Durick (Michael) and Thomas E Edwards III (Kristen); PopPop of Ashton and Tegan White, Zachary and Nicolas Van Durick and Morgan and Cole Edwards; Brother-in-law to MaryLou and John Stewart; Uncle of John Stewart and Amy Henricksen. He loved his many cousins as siblings, cherished his Clemson buddies and his many special friendships in Kilmarnock, Fredericksburg, Northern Virginia and beyond.
A memorial service and visitation for extended family and friends will be at 10:30 a.m. on June 25th at Fredericksburg Presbyterian Church, Fredericksburg, VA. In lieu of flowers, contributions may be made to Hospice of Virginia (1924 Tappahannock Blvd., Tappahannock VA 22560), Fredericksburg Presbyterian Church (810 Princess Anne St., Fredericksburg VA 22401), or Grace Episcopal Church (303 S. Main St, Kilmarnock VA 22482).