To share your memory on the wall of Edwin Smith, sign in using one of the following options:

Ed was born to Clarence R. Smith and Hallie (Marlow) Smith July 31st, 1929 in O'Fallon, Illinois. He moved to Washington, D.C. at twelve years and graduated from Eastern Senior High School, Class of 1948. He was a notable football and track athlete in high school and played semi-pro football, also serving in the Army National Guard.

Ed and Zena were married in Washington, D.C. on September 12th, 1948. Together they founded E. Jay Smith Builders which, by the early 1960’s, became one of the DC area’s most prestigious builders and home renovation specialists. Noted projects include the restoration of the United States Capitol Building, conversion of the Naval Observatory into the official Residence of the Vice President, the renovation of Hickory Hill, home of Senator and Mrs. Robert F. Kennedy, the construction of the McLean VA residence of Senator and Mrs. Ted Kennedy, as well as the McLean residence of Governor/Senator and Mrs. Charles Robb.

Ed was a gifted architect and in retirement oversaw the design and construction of the White Stone Church of the Nazarene of which he and Zena were devoted members. Together they created an oasis at their Bay House, situated on Bayberry Island, where they graciously entertained family and friends, treating them to the natural beauty and wonder of the Chesapeake Bay.

Ed and Zena lived a full and active life with unwavering faith in Christ and in the promise of the resurrection. He leaves behind a legacy of love, loyalty, service, talent, creativity and mischievous humor that will be cherished for generations. Though his passing will be mourned deeply by all those blessed by his endearing nature, it is made sweet by the sure hope of a joyous reunion.
Read Less

To send flowers to the family or plant a tree in memory of Edwin Jay Smith, please visit our Heartfelt Sympathies Store.

Receive notifications about information and event scheduling for Edwin

We encourage you to share your most beloved memories of Edwin here, so that the family and other loved ones can always see it. You can upload cherished photographs, or share your favorite stories, and can even comment on those shared by others. 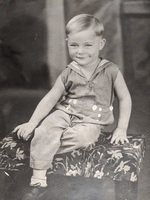 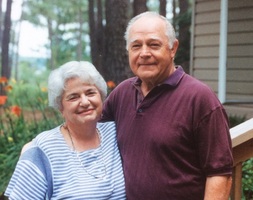 TOGETHER AGAIN
2
4
Add Photos
Upload up to 10 images at a time, max 8MB each